Time for a carbon tax! 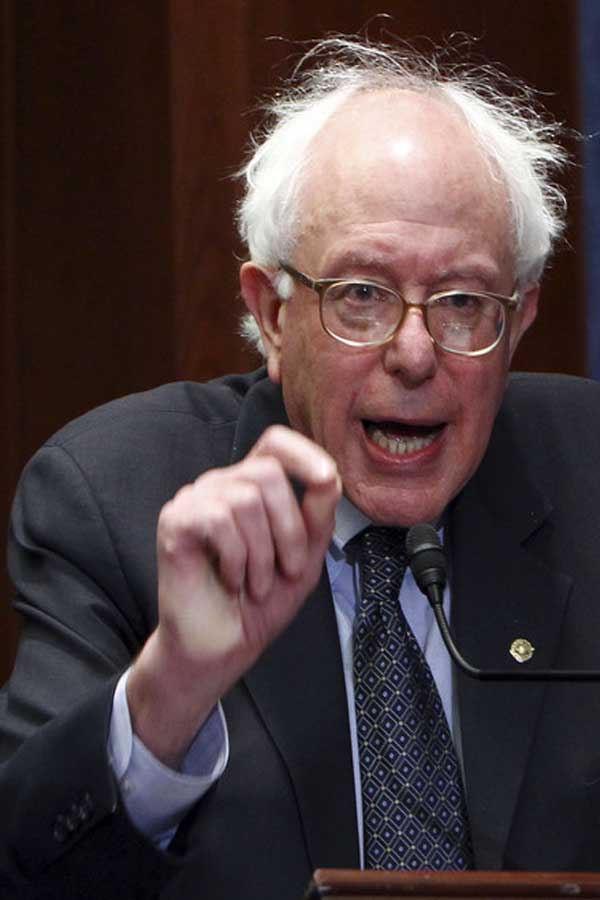 The following is an excerpt.

The scientific community is clear: Global warming is real and it is caused by human activity. In terms of droughts, heat waves, floods, forest fires, disease, rising sea levels and extreme weather disturbances, global warming is already causing devastating problems. The simple truth is that if we do not act boldly and quickly these problems will only get much worse in the years to come. Global warming is the greatest environmental threat facing the planet and averting a planetary disaster will require a major reduction in the burning of coal, oil and other fossil fuels.
Meanwhile, the fossil fuel industry for too long has shifted these enormous costs of carbon pollution onto the public, walking away with billions in profits while their emissions help destroy the planet. The top five oil and gas companies alone made over $1 trillion in the past decade. That’s over $250 million per day. The fossil fuel industry is destroying the planet with impunity and getting rich while doing it.
That must end.
A carbon tax must be a central part of our strategy for dramatically reducing carbon pollution, a view shared by economists on both ends of the political spectrum, from Arthur Laffer and Gregory Mankiw on the right to Robert Reich and Paul Krugman on the left. In fact, a wide array of unexpected voices support a carbon tax, including former Republican Congressman Bob Inglis, former Treasury Secretaries George Schultz and Robert Rubin, and the four former EPA Administrators, all of whom served under Republican administrations, who testified here in the U.S. Congress just last month.
Why does a carbon tax enjoy this type of support? Why does a carbon tax make so much sense?
For one thing, a carbon tax is the most straight-forward and efficient strategy for quickly reducing greenhouse gas emissions. As the Congressional Budget Office explained in a 2008 report, “A tax on emissions would be the most efficient incentive-based option for reducing emissions and could be relatively easy to implement.”
Taxing carbon will also mean that the price of fossil fuels will reflect their real costs to our communities. The dirtier the fuel, the more expensive it will be.
Finally, a carbon tax will help give energy efficiency and renewable energy the level playing field they deserve, making these technologies even more affordable. In fact, as clean energy sources like solar, wind and geothermal become even more accessible their cost will drop even more. And renewable energy isn’t subject to the wild price swings of gasoline, fuel oil, propane and other fossil fuels that are so harmful to American families and American businesses.

I am proud to have joined with Sen. Barbara Boxer, the chair of the environment committee in the Senate, in introducing the Climate Protection Act last year. Our legislation, which creates a straightforward carbon and methane fee, is the boldest carbon bill ever introduced. Now is the time to rally the American people in support of this bill.
The carbon fee would apply to only 2,869 of the largest fossil fuel polluters, covering about 85 percent of U.S. greenhouse gas emissions. The Congressional Budget Office estimated that the approach used in our bill will reduce greenhouse gas emissions levels by about 20 percent from 2005 levels by 2025 and will generate $1.2 trillion in revenue over 10 years. Our bill returns 60 percent of that revenue directly to American taxpayers to offset any efforts by the fossil fuel corporations to jack up their prices. The rest of the revenue would support large investments in renewable energy, weatherize a million homes a year (which itself would create hundreds of thousands of jobs and save each household hundreds of dollars a year on their energy bills), fund $1 billion a year in worker training, and put hundreds of billions of dollars into reducing the national debt.

Some of my colleagues here in the Congress are concerned about the cost of transitioning from a dirty, unsustainable, 20th-century energy system to a clean, renewable, 21st-century energy system. But they seem willing to overlook the enormous costs of not making this transition as quickly as possible. Climate change is already imposing enormous costs on consumers and our economy, and those costs will continue to escalate as the impacts of global warming worsen.

It is time for Congress to catch up with the scientific community and with the rest of the country, acknowledge the severity of the climate change crisis, and take bold action to reduce carbon emissions and leave a habitable planet for our grandchildren.