How Democrats can stop losing elections 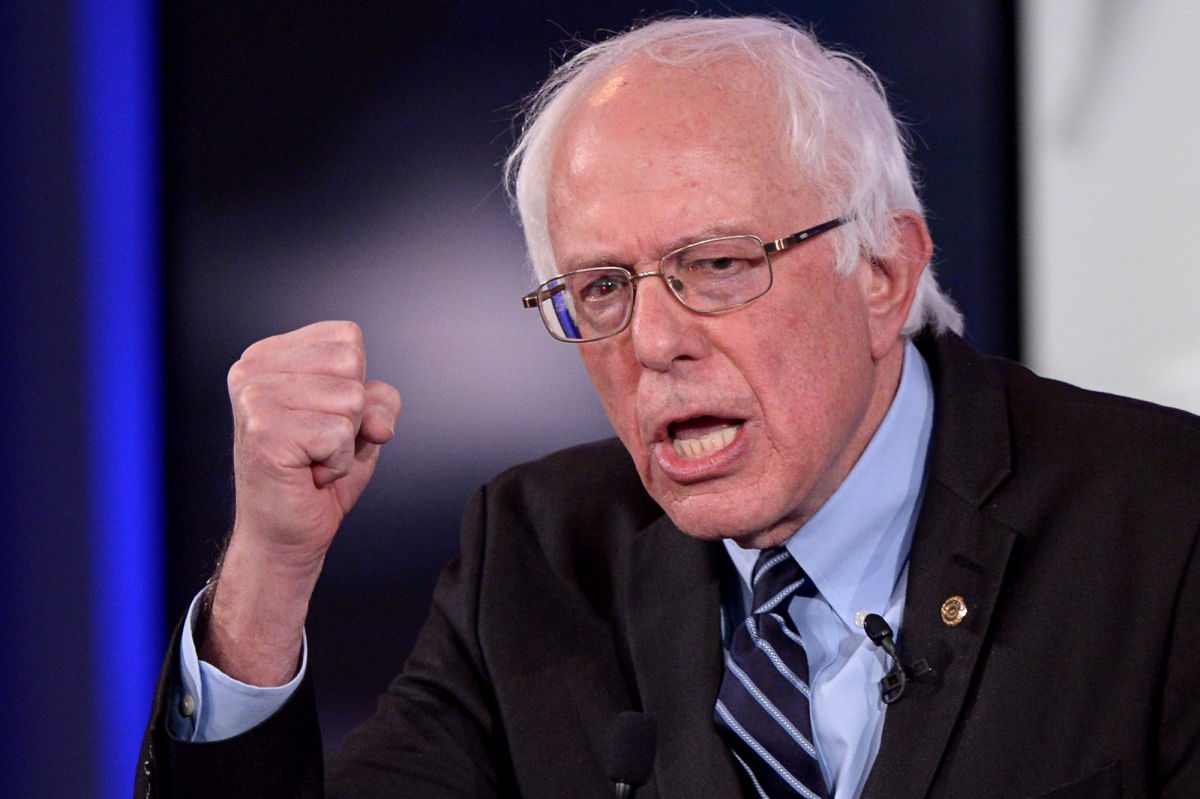 In 2016, the Democratic Party lost the presidency to possibly the least popular candidate in American history. In recent years, Democrats have also lost the Senate and House to right-wing Republicans whose extremist agenda is far removed from where most Americans are politically. Republicans now control almost two-thirds of governor’s offices and have gained about 1,000 seats in state legislatures in the past nine years. In 24 states, Democrats have almost no political influence at all.

If these results are not a clear manifestation of a failed political strategy, I don’t know what is. For the sake of our country and the world, the Democratic Party, in a very fundamental way, must change direction. It has got to open its doors wide to working people and young people. It must become less dependent on wealthy contributors, and it must make clear to the working families of this country that, in these difficult times, it is prepared to stand up and fight for their rights. Without hesitation, it must take on the powerful corporate interests that dominate the economic and political life of the country.

There are lessons to be learned from the recent campaign in Britain. The Conservatives there called the snap election with the full expectation that they would win a landslide. They didn’t. Against all predictions they lost 13 seats in Parliament while Jeremy Corbyn and the Labour Party won 32. There is never one reason elections are won or lost, but there is widespread agreement that momentum shifted to Labour after it released a very progressive manifesto that generated much enthusiasm among young people and workers. One of the most interesting aspects of the election was the soaring turnout among voters 34 or younger.

The British elections should be a lesson for the Democratic Party. We already have among the lowest voter turnout of any major country on earth. Democrats will not win if the 2018 midterm election turnout resembles the unbelievably low 36.7 percent of eligible voters who cast ballots in 2014. The Democrats must develop an agenda that speaks to the pain of tens of millions of families who are working longer hours for lower wages and to the young people who, unless we turn the economy around, will have a lower standard of living than their parents.

A vast majority of Americans understand that our current economic model is a dismal failure. Who can honestly defend the current grotesque level of inequality in which the top 1 percent owns more than the bottom 90 percent? Who thinks it’s right that, despite a significant increase in worker productivity, millions of Americans need two or three jobs to survive, while 52 percent of all new income goes to the top 1 percent? What person who claims to have a sense of morality can justify the fact that the richest people in our country have a life expectancy about 15 years longer than our poorest citizens?

While Democrats should appeal to moderate Republicans who are disgusted with the Trump presidency, too many in our party cling to an overly cautious, centrist ideology. The party’s main thrust must be to make politics relevant to those who have given up on democracy and bring millions of new voters into the political process. It must be prepared to take on the right-wing extremist ideology of the Koch brothers and the billionaire class, and fight for an economy and a government that work for all, not just the 1 percent.

Donald Trump wants to throw 23 million Americans off health insurance. Democrats must guarantee health care to all as a right, through a Medicare-for-all, single-payer program.

Mr. Trump wants to give enormous tax breaks to billionaires. Democrats must support a progressive tax system that demands that the very wealthy, Wall Street and large corporations begin paying their fair share of taxes.

Mr. Trump wants to sell our infrastructure to Wall Street and foreign countries. Democrats must fight for a trillion-dollar public investment that creates over 13 million good-paying jobs.

Mr. Trump has withdrawn the United States from the Paris Agreement on climate change. Democrats must take on the fossil fuel industry and accelerate our efforts to combat climate change by encouraging energy efficiency and the use of sustainable energy.

Mr. Trump has doubled-down on our failed approach to crime that has resulted in the United States’ having more people in jail than any other country. Democrats must reform a broken criminal justice system and invest in jobs and education for our young people, not more jails and incarceration.

Mr. Trump has scapegoated and threatened the 11 million undocumented people in our country. Democrats must fight for comprehensive immigration reform and a path toward citizenship.

This is a pivotal moment in American history. If the Democrats are prepared to rally grass-roots America in every state and to stand up to the greed of the billionaire class, the party will stop losing elections. And it will create the kind of country the American people want and deserve.
Editor’s Note: This column first appeared as an op-ed piece in the New York Times.