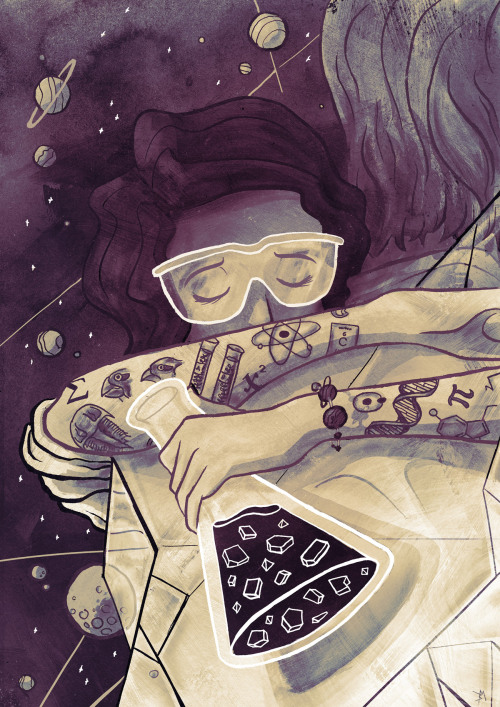 Welcome back my fellow punk scientists!
Last week, we looked into the tiny world of human microbiomes and their wide-ranging effects on our body’s ability to stay healthy. This time around, we’re headed for the stars to take a picture of one of space’s most elusive constructs: the black hole.
Initially, physicist Albert Einstein was the first to posit that black holes existed with his 1915 theory of relativity. However, he was unable to obtain direct proof of their existence and even had doubts himself that they existed.
Since then, scientists and researchers of all kinds have searched for proof that black holes exist, though they were unsuccessful until recently.
Fast forward to April 10, 2019, when a team of 200 scientists came together to showcase their successful attempt at taking a picture of a black hole.
Using an array of eight ground-based telescopes from around the globe in a massive network called the Event Horizon Telescope, this team of researchers was able to collect large amounts of data from a supermassive black hole, the largest of its kind, in another galaxy called Messier-87 or M87 for short. This black hole is at the center of that galaxy, much like the one that sits at in the middle of our own Milky Way galaxy.
To take this picture, data were collected from each of the telescopes and then processed with a special algorithm to form an image of a black hole, or more accurately, light surrounding a black hole, for a brief moment before it was sucked passed the point of no return.Until now, the light-devouring properties of a black hole have made it nearly impossible to record or photograph them. Due to the density that black holes have, there is a certain threshold, called the event horizon, from which not even light can escape.
This makes photography of such celestial entities extremely difficult as such images need light to form a picture. Thankfully, there was someone working on the project who could provide a solution to this dilemma.
Dr. Katherine Bouman, a postdoctoral researcher at the Harvard-Smithsonian Center for Astrophysics, developed an algorithm in conjunction with a group of computer scientists that would make it possible for researchers to crunch this massive amount of data and then stitch it together to form what they hoped would be a comprehensive image.
Called CHIRP, or Continuous High-Resolution Image Restructuring, the algorithm works by using the data collected from the eight telescopes, filling in the gaps as best it can to verify that the image is as correct as it can be.
This is important because researchers on the project were concerned that human error or bias would alter to taint the discovery if they weren’t extremely careful in how they processed the data. There were several trials where the algorithm crunched made up data to prove its accuracy and relative freedom from human bias.
After thoroughly testing the new method to make sure that any bias was kept to a manageable minimum, seven teams ran the data through the program and then reported their results, the first picture of a black hole.
The historical significance of this is telling, because for the first time, scientists have verified that black holes do indeed exist. Until the image was constructed, there was no hard evidence that black holes existed, despite scientists having a pretty good idea that they were out there.
The next big question is how this newest discovery about the cosmos will affect science and humanity in the long run. There have been several other technologies that have come about because of the advances in astrophysics, notably satellite TV, which is widely embraced.
The research is too new for there to be any major breakthroughs for us back home, but there is potential for new technologies and understanding to come from this discovery.
As soon as your moon boots have touched down from their cosmic journey, tune in your space radios for the next installment of Punk Science, where we’ll be looking at yet another fascinating area of science and technology. Until next time, farewell from Punk Science, where we’re making science cool again!