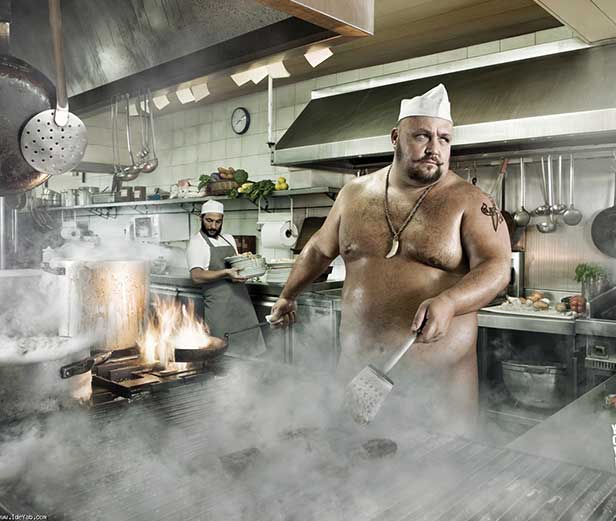 It was past Christmas and I was alone. Eva had come and gone as fast and as sweet as the holidays. With her, breaking up was like breaking wind: it reeked of past dinners, some candlelit, some overshadowed by the envious eyes of other men in the room, a consequence of pleasure I’d never stopped to consider. Snow fell like confetti at a New Year’s ball, and I knew that this year when the ball dropped I’d be alone.

An old love had re-emerged from the murk of the past like a lost scuba diver from a Floridian bayou. All the love in my life seemed to come from the past. When my past ran out it would look to the future, and the thought that it would find nothing and no one there shot fear into my heart like I’d shot a bullet into Katherina O’Connor.

Her name was Grace Christ. Her eyes were a thick brown I’d never been able to read, like the Hebrew translation of the Bible.

I said her name. It was like whispering a line from the Book of Revelations.

“Sure. I did so this morning, when I got up. I even shaved.”

Eva seemed like an angel, something so pure our God couldn’t even touch it. Sitting with Grace felt like being in the presence of a Jehovah’s Witness. I was sure I wouldn’t want what she was selling.

She sat down to tell me what it was all about: she suspected someone had been breaking into her apartment.

“Have they been poisoning your pets?”

I knew she was feeding me a line, and not just because she was reading from a typed sheet of paper or because she made me repeat everything she said back to her in character. Grace had the banal botanical fragrance of those people who lead untroubled lives until they die. I didn’t get them.

Nor did I get why I took Grace’s $160, or why I agreed to take the case. I wondered what Eva was doing as we stood, sealing the deal. I wondered if I was moving forward anymore, or if I’d happily, blindly stumbled into one of the boats from the end of “The Great Gatsby”—borne back ceaselessly into the past.

“I asked if you’d like anything to eat during the stakeout.”

I couldn’t help feeling that I was full of it on the drive to Grace’s apartment. So the first thing I did when I got there was use the bathroom. I almost ran into Grace on the way out. My eyes lowered toward Grace’s chest like an iron anchor lowering into the sea.

“We could watch a movie or something,” she said.

She was pushing toward intimacy like I’d just pushed out my bowel movement.

“Or how about Monopoly,” I suggested.

“Would you like to watch the ball drop later?”

I was prepared for the 2012 ball to drop, but it was situations like these that made me wish mine never had.

She didn’t have Monopoly, so we wound up playing Scattergories. We played for three hours, and she won by a landslide. I kept writing, “Not sex,” “not intimacy,” “not love,” and “chimps.”

“Well, I guess I won’t beat you any longer,” she said. I cringed.

She said goodnight but painfully lingered. I said, “I think I forgot my book in the car.” I went out to find it. I hadn’t brought a book, and when I came back in and found her still standing there, all I could say was: “Nope.”

She eventually went to bed and I went into the living room. The air was as cold as the blasé white décor. I wished being a hardboiled detective allowed for outfits other than a suit, shirt, and tie. The oversized fuzzy sweater with the moose across its chest hung in my closet like normality, perpetually out of style in my life.

I heard a sound. Someone called, “I’m breaking in!”

He was out the door as soon as I was in the kitchen. I grabbed my trenchcoat off the rack, and tripped on it on the way out. My lighter flew out as I went down, and as I caught it the flame ignited and I seared off my right eyebrow as I hit the deck. I saw the perp running over the snowy lawn through a rainfall of small brow hairs.

The pursuit seemed designed to give me time to think. The runner kept looking over his shoulder, and ran in a straight line.

I was young. I had a longer tomorrow than I did a yesterday. But I couldn’t shake the feeling that I’d fallen into a pothole on the slippery ascent toward personal development. I couldn’t feel myself moving. Only the gentle snowfall seemed to continue on its path.

I remembered I’d run across this same field at this same time of night when I was a child, in the past, when Grace hung out with boys who listened to emo-rock that lasted four times as long as they did between the sheets and I hung out with girls who read detective stories—i.e. myself.

The realization brought me to my knees, like I’d decided on a course of impromptu prayer. Why pretend to keep moving, I wondered. What was the point of living the long tomorrow if it would just be yesterday time and time again?

I heard Grace’s voice behind me. “Dick?”

“I recognize that run, Grace,” I told her. It was as much a sigh as it was a sentence.

Grace confessed that she’d given an old boyfriend $25 to play the part. She said it was the only way she could get me to see her. I gave her $160 back. She said, “We’re meant to be together, Dick. We just missed our chance.”

A thought came into my head as suddenly as Grace had come back into my life.

An hour later I was in my office, and the ball was about to drop on the TV. I was trying to read the Tao Gold book of Eastern wisdom I’d used as a coaster for two years when I noticed a gently framed woman in the doorway.

“You’re holding it upside down.”

I made the necessary adjustments.

“That makes much more sense,” I said.

“Do you mind?” she asked. I said not at all. She sat on the edge of my desk. In the miniature New York on my TV, humans began counting down from five.

Her deep blue eyes covered her like ice covered arctic water. The crowd hit “one.” I took a sip of cognac.

Our eyes met as I tipped the glass to my lips and we smiled at each other, and as we looked back toward the TV, taking our time, I couldn’t wait for the long tomorrow.

On the TV, the human race broke into a jubilant cheer.