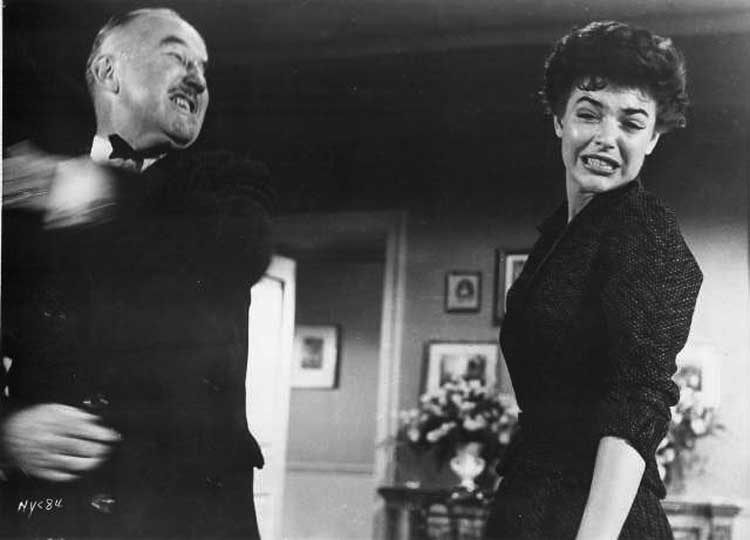 “Kid,” I said, cutting him off, “the only women I see are in magazines.”

Christmas time had come again, and thought my stocking was stuffed there wasn’t a ho-ho-ho in sight, not that a one-night stand was what I was looking for anyhow. I was sitting in a dorm room in the Big City: Johnson – at least it would be the Big City if Oppenheimer’s kid had wiped out all the rest.

Dark set across the sky like a blanket. I pulled aside a curtain and looked out.

“Dick,” he said, “focus. We barely even have a premise, and we need this thing done by next week!”

The kid at the desk was still. “What happened there?” he asked.

“We realized we didn’t have a firm premise on which to base our celluloid romance, kid, and the picture fell apart. I’m still paying the production debt.”

I couldn’t believe it. This was going to be a damn strange holiday. Some hotshot producer from Connecticut had gotten interested in my life, or at least the way he saw it reflected on the big screen inside his head: lots of shadows and guns going off and women in darkness sliding off their robes to reveal smooth porcelain-pale skin stretched over slim bones –

“No.” He pointed to my groin. It looked like a dwarf had set up a horizontal camp.

“Oh.” I sat down and crossed my legs. “I’m starting to see the potential in this picture, Tommy. Go on.”

“I think the first thing we have to do is work out the lead,” the Kid said. “So, basically, you.”

“Like going to the shrink for free, eh, Tommy?” I lay down on his roommate’s bed because there wasn’t a couch. It smelled almost as healthy as my liver, so I sat back up.

“How’d you get into the private eye business?” the Kid asked.

He typed it up. I looked around for the traditional pin-up cut-outs or beer ads on the wall. Nothing but brick and shadows: the lights were off. This kid’s life was as empty as mine.

“You ever touched a woman?”

“I thought so, at the time,” he replied.

I abandoned my aspirations of mentorship.

“Why do you keep doing it?” he asked.

No comeback arrived. It was like being stood-up on a date. I searched the crowd of thoughts – maybe the comeback had gotten lost – but I couldn’t find it anywhere.

“I guess we’ll find out,” I finally said. “The movie theater’s a church, Tommy. Inside, we’re all detectives, getting clues for free. Every congregation we get a clue closer to the big reveal, unless the pastor’s full of shit. You’re playing pastor, Tommy. You get what I’m saying?”

I heard a scream through the glass beyond my head. I turned and peered down at the outside world.

It was a student twirling and jumping in the night, her friends coming to join her: snow was beginning to fall. It was like looking into a snow globe a billion times as large as my world.

“I didn’t even make Private,” I said. The kid didn’t get the joke and typed it up. I got the sense my cinematic counterpart would now be ex-military – just another layer of sludge between me and whatever the hell I was underneath.

The kid looked up. “What would you like for Christmas?”

“A pony.” He nodded and was about to type it up when I continued: “That unzips to reveal ‘Barbarella’-era Jane Fonda, ready for loving.”

“Do you feel like you’re stuck in another time?” he asked.

“More like out of time, kid,” I said. “I’m a man in his fifties with a mindset from the thirties living in the 21st century. Jot this one down: A private dick is Billy Pilgrim with bullets.”

The kid followed my instructions, tap-tap-tapping into his shiny keyboard. Everything is shiny now, a far cry from the tricep-training grit of the old Olivers. The realization washed over me like a pregnancy scare, a sweep of existential nausea. I was an unshaven Sartre in a dark college dorm.

“What the hell for?”

“Exercise. The environment. Safety. You name it.”

“I also have condoms,” I said. “I don’t go around wearing them when I’m heading to a family gathering.”

“Bet you drive a car there, though.”

The kid jumped up, picked up his chair and viciously pointing, shouted, “They’re a natural envolution of rock ‘n’ roll!”

He lifted the chair like he might throw it, but then he set it down gently, sat in it gently, and started to cry, gently.

There was a girl in white with a frilly collar, a cute cap and a cuter smile. She was looking up at me. Looking up at the room, now, that’d be normal, like pissing all over the floor when you go to the bathroom after you’ve just met your girlfriend’s parents. But she was looking at me, rusty-souled old me, even staring.

Then she walked on. We might as well have been a couple of magnets.

I got up and crossed the room. I patted the kid’s shoulder on the way out.

“There there, Tommy,” I said. “Read a goddamn book. I suggest ‘The Razor’s Edge,’ by Maugham. It’ll put some things in perspective.”

“Is it on Kindle?” he whimpered.

“F— you,” I growled, and walked outside to find the girl in the snow.