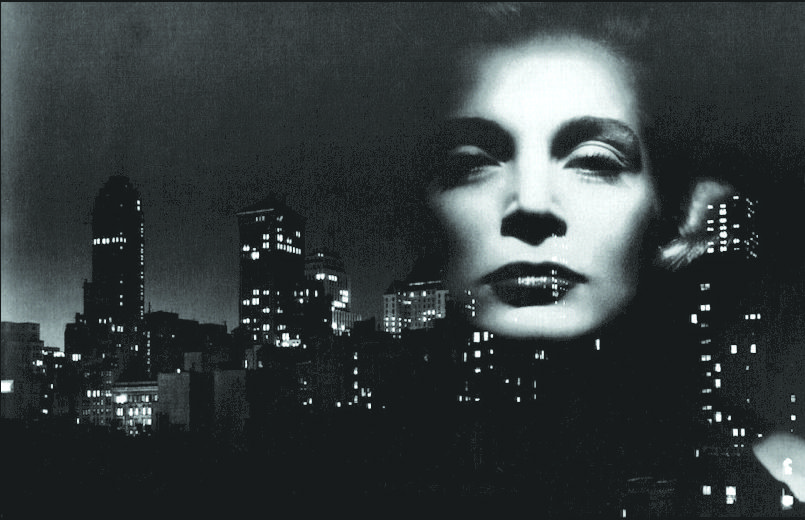 Her music hung over the city thicker than fog, like heavenly pollution.

The only thing she played better than the trumpet was my heart.

It wasn’t hard to play my heart: just a couple keys, a few possible notes, no real exertion required. Sometimes just a pretty face would hit the right note.

The trumpet, now: that took mastery.

I’d hear her from my office on the ass end of Queens. A faint music mingled with the outside air. I couldn’t make out the notes: it sounded like a daffodil blowing its nose.

It would waft in like a summer breeze, even in the wintertime, especially around lunch.

I’d sit at my desk, eating a burger with my feet crossed on the edge of the desk, and listen until a call disrupted me – no more music, Mrs. Jokiwyckz wants her housekeeper tailed – or Sally burst in to tell me she was taking lunch – no more music, Sally’s goin’ out.

But even when I couldn’t hear it outside, the music kept playing in my head.

It got louder at night on the other side of the Queensboro Bridge.

It was closest just before I slid into the dream river, like she was some pied piper chosen to lure me into dreams.

And she did. Dreams of water and streams; dreams of wealth and satisfaction with my station in life; dreams of love, and sex, and romance. Her B-minor became Eva Green, her C-minor Barbara Bach.

Lives undulated like waves, lifted and fell behind my eyelids in the dark in tune with her pitch.

I finally woke up one morning in early May and wondered who played the trumpet.

Fantasies became my day job, and private investigation my hobby.

Surely she had smaller breasts. Pretty hard to milk the trumpet, arms pressed tight at your side, when you’ve got knockers fit for Collinwood.

She probably had toned arms, all that lifting, and a husky voice like smoke in dim lights, a la Lauren Bacall.

I bet her words came like epilogues after the music, a few low beats of the kick drum before the band went home and her lingering echoes danced one into sleep.

What if she was married?

Probably to a six-to-ten marketing guy. Up and coming. Gonna make it any day now.

I crumpled up the burger wrapper and tossed it. Dozens of logos soared into the abyss.

I had news for him. Trumpets and private eyes went together like coffee and peanut butter. Like an Applebee’s haddock basket and a Sam Adams. Like sperm and eggs. Once more unto the breach, time after time.

Of course, she could be married to a jazz musician. Maybe even a damned bass player. Standing bass.

He’d come in, sighing, with a smile. Kiss her, long and slow. Then pick up his bass as she raises the trumpet to her lips.

She blows. He fingers. Rhythm. Humankind’s contribution to the cosmos.

I tried to shake them out of my head, but they stuck. A regular Les Claypool and his Davis dame.

Sally burst in to my office.

“Either it’s rainin’ broads or a doll just took a dive on Fifty-Eighth,” she said.

I said it was bad news, but there was nothing I could do about it.

“You don’t get it, Dick.” Her voice sounded like chipmunk via accordion. “The nice sergeant with the nicer tush, the one you helped out on the salsa case –”

“He wants your help. Before the yellows show up.”

She wasn’t a racist. She was talking about the press. I grabbed my coat and went for the door.

Sally went for her nail file.

I thought I heard a muted trumpet as I left.

I was on the crime scene in fifteen minutes. Fifty-Eighth was right across the bridge, north end of Manhattan.

It wasn’t raining broads. Some doll had dove out the window.

The nice sergeant with the nicer tush was named MacReady. He held out his hand as I approached.

“The usual,” I replied. “Martinis and skirts.”

I looked at the body. Poor girl.

Looked at the scene. Couldn’t figure it. I wasn’t Sherlock Holmes. I was Richard Schlong. But you try getting employment with a name like that. It’s hard. Beggars can’t be assholes.

I took a cab home. I heard music on the Queensboro Bridge.

I hurried out. Stood there on the sidewalk, listening for music.

People passed. A few had in earbuds. No one else was listening.

Horns blared. It wasn’t raining yet, but it was going to.

After thirty minutes, I gave up.

I think I’m going to San Francisco next. It’s a long drive, but I picked up Miles Davis’s “Doo Wop,” the one he did in the Nineties with hip hop beats, and with that in the player I’m sure I’ll be fine.

I still hear the trumpet sometimes at night. I just can’t figure out from where, or who’s playing it.