To Have and Want Not 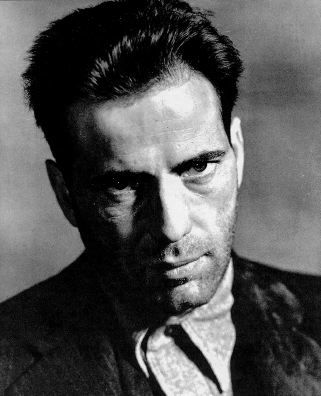 They were trying to take the paper back. So I went under hard cover.

I’d been ransacking Robert Parker’s body like Sharon Stone on her wedding night. Body of work, that is. So I gave it a break. Ernest Hemingway was on the shelf. I took him off. “To Have and Have Not.” I always choose to have and end up having not. Except with Hemingway.

The first night I read 40 pages. They were black like coffee and just as hot. Then I slept. For four days and nights I read 30 pages. On the fifth night it was too late to read pages. A day passed.

The sixth night I felt war in my chest. 120 pages were read that night. There was hurt and infidelity and the kind of dull ache a man gets in the left side of his soul when his pockets are bare as his family’s plates. Then those Cuban bastards went and shot Albert. What did they have to go and do that for? The man just wanted to help. He went to the store and got some hardware for Harry’s boat. Then he got a bullet when he came back. I gaped and wept and knocked something back and went to bed feeling like Hell.

The next day I finished the book.  I sat in a café and drank two cups of black-roasted coffee over humming machines. Biceps came with me. He drank a coffee and looked at the snow and then he left. I finished the book as the sun set. It was like watching a woman in the rain. You don’t notice you’re drenched ‘til she’s almost gone. It was raining emotion. It came from Hemingway’s story and then it came from my eyes.

I felt alive and free. I felt the flesh engine pumping blood in my chest and muscle and bone under my skin. I felt my head open up like a body of water the EPA had finally cleaned up. Because it was so clean I could imagine blinding sunlight twinkling off the water and I bet the fish tasted good. It felt like there was a speargun between my legs and it was strung tight and on fire.

I walked home with my hands in my pockets. I was smiling. I was in the city but it might as well have been open plains stretched to the horizon. I’d opened up a book but it had opened up the world.

I stopped outside a bookstore. I looked in the window. That’s what new bookstores are for. Looking in windows. You want a book you go to a used bookstore.

The complete works of Ernest Hemingway were on the liquidation stand. If there’d been a corpse on the stand there wouldn’t have been so much blood. This was a crime scene and a half.

When the taxi stopped I went right to my office. Sally was behind the desk. She was chewing gum and reading.

I slammed the door. I started my computer and got online. Then I read for an hour.

The fact was the Internet hated Hemingway. They found him as useful as a broken 8-track player. The snows of Kilimanjaro were melting. The sun also rises but it also sets, too. They wanted Hemingway to disarm and say farewell. They were killing the old man and draining the sea.

She came in. Her face was red.

She looked at the broken glass. “What happened?”

“Death in the afternoon.” I grinned. I thought I was funny. But I knew I was drunk.

“Jaws and answers. I’m going to keep hitting one until I get the other.”

She let me go and I made it down the stairs and into the street and hailed a taxi. I took the taxi downtown and meanwhile I sobered up enough to see and when I got out outside the Red Havana bar I hit the first guy I saw.

He didn’t hit back. He dropped like a puppet whose strings broke loose. He was drunk and greasy and probably homeless. So I felt like hell and helped him up.

“Asshole,” he spat, punctuating the “a” and “h” with periods of blood.

He let me take him inside anyway. We went to the bar and sat down.

He said he needed time to think about it. I ordered another scotch. He was still thinking when it came, and I sighed, “Ernest Hemingway.”

“No accounting for taste,” I said.