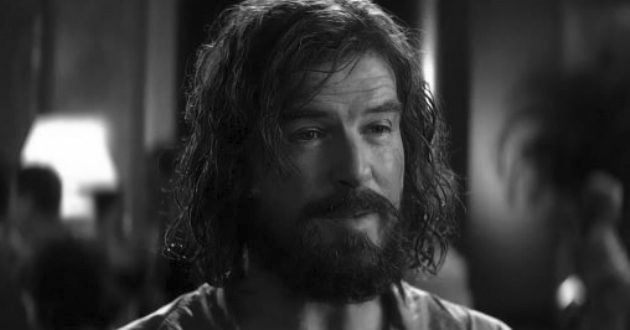 A woman with a Polaroid snapped this one day while I was wandering the halls. I was already wearing pajamas; I put on the smile for her.

I had a toothache from my molar to my cerebellum. What I mean is the sheer thought of teeth was the same kind of infuriating ache I got when I remembered those lovely, happy girls I didn’t date in high school, or that reduced-price drink I passed up at the bar. I didn’t want to hear about teeth. Orajel hath become a killing word. When I brushed my teeth, I closed my eyes and pictured Margaret Thatcher stark naked. When I ate, I didn’t. I just increased my scotch intake, until I started to recall the feeling of liquid bliss over my pearly whites, at which point I switched to Irish cream, just to get back at myself.

See, my attempt at going straight(er), a career in dentistry, had fallen as easily as a plaque count when confronted with the combined forces of brushing, flossing, and mouthwash. I probably shouldn’t have allowed both the words “dentist” and “dick” on my door at once.

Anyway, I’d invested all my savings, the prior week’s paycheck, into going oral, but the toothed of the Northeast Kingdom had spit me out, forcing me to swallow what came—and that was nothing less than complete bankruptcy. I was flat broke, and the confusion over whether I was into looking into mouths or looking into cases pushed customers from my door as if it had a negative magnetic charge.

Minny had put her in her two weeks two days before I closed the doors on Schlong Oral.

“If you were on the Titanic, Dick, and you saw the iceberg ahead, wouldn’t you get off?” she squeaked.

I lowered the bottle of Bailey’s.

“I’d be the goddamn iceberg,” I said, and guzzled Irish cream.

The next time I saw Minny, three weeks had passed. The apartment looked like my college dorm after I saw Katerina surfing with Jim Morrison, like the rug in the back of the Grateful Dead’s van, like Bill Clinton’s chest after a trip to McDonald’s. My hair was longer than Robin Thicke’s idea of his penis. My beard was fuller than Shakira’s hips. And the twinkle in my eyes was gone.
Minny told me she’d been hired as manager of the new town market.

“Saw a package of Colgate today, Dick,” she squeaked, forcing a smile. “Reminded me of you.”

“Saw a turd today,” I said, lowering my bottle with a belch. “Reminded me of me.”

Minny put her hands on her hips. There were tears in her eyes, but she looked like a whip about to crack.

“Goddawnit, Dick!” she squealed. “You gotta get up! You need help!”

“WHO’S GONNA HELP?” I roared. The effort made me throw up. I huddled against the wall as if the vomit were the monster under my bed, and I was five years old. “GOD?”

Minny crouched in front of me, wincing at the pile of vomit. “How about a shrink?”

I glowered at her. “What did I always say?”

“The only shrink you’d ever see comes after a cold shower.”

“What if I brought one with me?” she peeped.

My eyes went wide. A man in a pristine suit with a synthetically warm smile and thin-rimmed glasses stepped into the doorframe.

“It’s a pleasure to meet you, Richard,” he said, holding out his hand. “May I call you Richard?”

Minny looked embarrassed, but the shrink just kept smiling as he crouched in front of me.

“Alright, Dick,” he said. Minny held out a tube of Colgate toothpaste and a Crest toothbrush.

“I brought this for you, Dick,” she said softly. I took her gifts without looking at her.

“And this,” she said, holding out a bottle of cognac. I hesitated, then took that, too.

“Also this,” she said, and handed me a gun. I set the gun beside the cognac and Colgate. Then she left. The shrink sighed.

“I washed up on the Saint Albans shore with a couple inches of steel in my head,” I said. “That was a few years ago.”

I didn’t know what to say.

“Perhaps you haven’t yet come to terms with that event,” he offered.

I was about to fire back at him, either with my mouth or my gun, when I noticed a figure in the darkness beyond him. He was five feet tall and thin, wearing a striped polo and khaki pants. He was bald. I couldn’t place his age.

He was gesturing for me to come.

“Tell me, Dick,” the shrink said. “When was the last time you were in love?”

The bald figure was still gesturing.

The shrink laughed. “Dick, love is an emotion,” he said. “Personifying it can be profoundly dangerous to our emotional and mental health.” He paused. “Who was love for you?”

The bald figure was coming toward me. Then he was standing in the doorway.

He turned and walked away.

I looked at the shrink. He was snoring in a fetal position on the floor. There seemed to be tears in the corners of his eyes.

I got up and walked into the reception area. The bald figure was in the corner. There wasn’t much light; I’d boarded up the windows two weeks before after one too many stories about Miley Cyrus. I’d opened a file for her and simply written “Conclusion: Succubus” over the paperwork.

I stopped five feet from the bald figure. He was clothed in shadow.

He just stared at me. After a few seconds, he farted.

“Your what?” I asked. I looked in the doorway.

Through the shadows, I could make out the shape of two giant creatures, easily seven feet tall. They were shaped like giant teddy bears.

I looked at the bald figure.

“Uh, Moo-Moo think you need this, yeah,” he said. He handed me my gun. I couldn’t believe it. I stared at it like it would disappear.

The bald figure had disappeared instead. I looked at the door, just in time to see it close.

I looked at the shrink, asleep. I squinted.

A zipper was visible at the nape of his neck.