Chapter 1: D. B. Cooper and the Lost in the Space 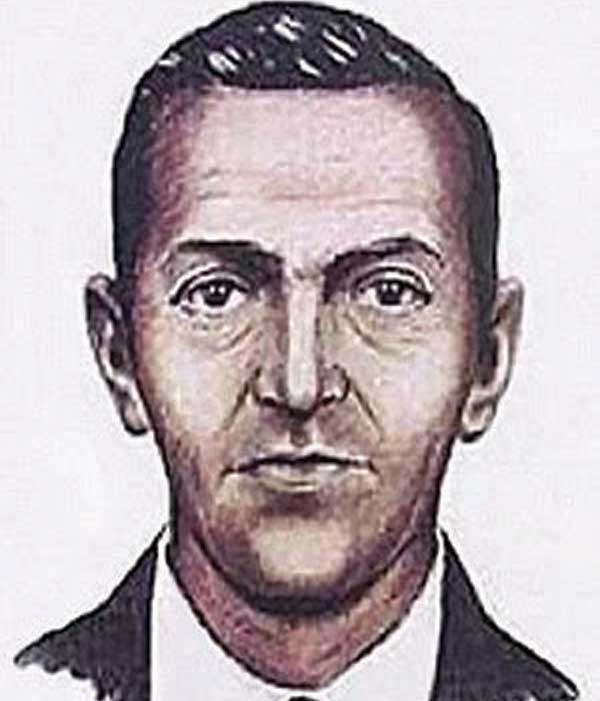 So there was Zia in the kitchen, and it was still 3128. She was fixing Old USAs for an elderly couple, just waiting on the french fries. Leaning against the steel over the grease bucket, grease steam snaking up and curling her hair. Greg was, of course, manning the bucket, and in the meantime, as was their tradition, he and Zia shot the shit. Greg always shot first.

“Did you hear about the dig?” Him shuffling the bucket, blinking away splattering grease.

“Nah, what dig is that.” Zia, hungry, and wanting coffee as ever.

“On Old Earth,” he said. “They were digging Washington.”

“But all the volcanic ash –”

He shook his head like it weren’t no heavy thing. “They got ‘droids,” he said, “been diggin’ for months.”

“Mm-hm,” he nodded. “So they dug up…” He trailed off. He was thinking. Moments passed. A grease meteor flipped gravity the bird and singed Greg’s cheek. “Ach, darl snabber!” he cursed.

Zia’s eyes bugged, planets in the solar system of her face –

Snapped his fingers. “That’s it.”

Greg took the bucket out and cried, “Order uuuuuup!”

So at least the Andrusians got their Old USAs.

Hours later, when Zia got off, she didn’t even change out of her greasy, softly sweat-stained (like a leaf with morning dew – she sweat like a doe) waitress’s uniform. She just went straight back to her apartment. Even Ardy exclaimed: “Why, you aren’t even changed!”

Ardy was short for RD-284, the ‘droid’s official designation. It had been designed as a worker ‘droid to clean the diner toilets, but Zia took pity on it, and was lonely in the existential sense.  She saw RD-284 desperately plunging the novelty toilet, you know, the old grounded type (works wonders on the tourists hungry for Old Earth nostalgia).

“Some old Krv’nk’tk has turned that into a Hershey factory,” Zia had said, exhaling sadness like smoke.

She pleaded with Mortei, who owned the diner.

No, she explained, she wasn’t. She was cosmically lonely.

Mortei said, “I’m not familiar with that sensation.”

So she gave him advice on pleasing a woman (He spent 25 minutes frowning “Where is it?” and poking her groin) and took RD-284 home.

After she gave it a shower, she spent nine hours debating its gender; settled on male because she was sexually and romantically desitute, a condition, it turned out, Ardy could only do so much to relieve. The first thing she taught him was that Hershey was an enormously financially successful manufacturer of candy, particularly chocolate bars, on Old Earth.

“What are finances?” Ardy said.

Now here we are a year and a half later. Back to Zia walking into her apartment, Ardy exclaiming that she didn’t change.

“Ardy,” Zia said, stomping right up to him, freezing him in place. “They found the J. Edgar Hoover building.”

Ardy stared at her.

“Can you believe it!” she cried.

“What a surprise!” Ardy exclaimed. “Let’s stay up all night drinking espresso and talking possibilities! Let’s fall asleep in our pajamas!”

Zia had knit Ardy some pajamas. Green checkered flannel. He looked like a robot. His voice was that of an odd, nasal stockbroker. Nevertheless, he understood her fascination with the FBI, with Old Earth culture of the Twentieth Century, and especially:

They were on the couch in their matching pajamas. Zia’s were red and blue checkered flannel.

She looked him in the robotic eyes.

“I need you to steal them for me,” she said.

Arby stared at her.

She reached around him.

She flipped the switch above his backside labelled “SECRET AGENT.”

Arby jolted. Stood upright. Zia was no technical genius, but her ex-girlfriend was. Nju’Mala had rigged Arby up during a drunken early morning. The women were giggling so hard Nju’Mala almost soldered the wrong wire.

He moved without a sound, the robot, a year and a half ago plunging a novelty toilet, slinking, even gliding, out the door. He was gone without a sound.

Zia had another drink, got tired, got lonely.  She fell asleep in a bed of melancholy.

It was another week. Zia showed up. She fried, she hit the button to put synthetic sodas into synthetic paper cups, she kept working on her ancient iPod, in secret, of course. If anyone found out, it would be put in a museum, and she just wanted to hear the greatest band in history, the Squirrel Nut Zippers.

“Just another wire,” she said, soldering goggles on, “and I’ll be able to hear the Squirrel Nut Zippers.”

Zia got out of work Friday, having come a little off her J. Edgar Hoover Building Discovered kick. She was slouchy and tired. She wanted more coffee. She wished someone would make her a perfect cup, a nice, strong man, strong emotionally, she thought – Yes, that would do. Her last lover was a woman, and that was fine, but the one before her had been male, and she wanted that again. But mostly she just wanted the FBI files on D. B. Cooper.

Then Arby came back.

“Do you have them?” she practically gasped.

A compartment opened on his lower abdomen, which was not unlike the lower part of a stovetop espresso maker. He pulled out a filthy toilet plunger.

“That’s still in there?!” Zia exclaimed.

Arby handed her a stack of files.

She gazed upon them in her hand like Indiana Jones, t’were he in love with that golden idol. She felt the weight. Felt her muscles taut. Felt the musty paper of the manilla folder against her fingertips. Smelled the distance between now and then.

Finally, she said, “Thank you, Arby.”

The “James Bond Theme” began playing from Arby’s abdomen speakers. After 20 seconds, the “SECRET AGENT” switch flipped back up, and Arby rebooted.

He sat with Zia on the couch. She was staring at the folder. She hadn’t—couldn’t—open(ed) it.

Zia stared. Her spirit had gone away.

It came back. She set down the file, gawked at it a moment, then faced Arby.

“What is ‘nineteen seventy-one?’”

“It was a year, in Old Earth history.”

“—and parachuted out of the plane.”

“No one tried to stop him?”

“They tried. He had outsmarted them at every turn. Witnesses described him as cool, sophisticated, calm, and polite. They couldn’t even take him out when the plane had to stop to refuel. His orders made it impossible. He’d considered the situation from every angle, like that guy in the Steinbeck book with the Shakespeare title, only in this case it worked.”

“He appeared familiar with the terrain – for example, he knew the McChord Air Force Base was a 20-minute drive from Seattle-Tacoma Airport. He demanded a parachute, but wouldn’t accept the standard military issue, had to have civilian parachutes with manually operated ripcords.

“After refueling they headed for Mexico City, per Cooper’s instructions. He demanded the door be left open with the staircase extended. The authorities argued it wasn’t safe; he argued it was, and would lower it himself. Well, on the way to Mexico City the plane had to land in Reno to refuel –”

“In Nevada.” A blank look. “It was another state, Arby. On the way to Mexico City.”

“Well, they landed in Reno – and he was gone. Now it’s worth noting at this point that D. B. Cooper gave his name as ‘Dan Cooper.’ The press got confused and started calling him ‘D. B.,’ and it stuck.”

Arby stared at her for a full 20 seconds before ejaculating: “But what the $%[email protected] happened to him?!”

“No one knows, Arby! That’s the mystery. How did he pull this off so flawlessly? Why? Who was he? What did he do with the money? You know they don’t even know if he survived the fall.”

“Was the weather harsh??”

“It was night when he jumped – no one saw anything. So no one knows precisely where he jumped or over what area. Via a recreation, the FBI were able to estimate the area in which he landed, and they combed it, Arby, they combed it with local authorities for weeks. Authorities took a submarine to the bottom of Lake Merwin, 200 feet down – nothing. A couple women found a skeleton in the woods – turned out it was a female teenager who’d been abducted and murdered several months before.”

“Good Heavens! This is a true story?”

“You bet, Arby. It’s considered to be the most exhaustive investigation in the history of the United States – and they didn’t find a goddamned thing. But there’s more Arby.”

“Years later a placard with information about lowering the steps of a 727 was found within the flight path, far from the purported jump site, but still. Then, a couple years after that, a boy found three packets of the ransom money in the Washington woods. Analysis of the bills suggested they’d been deposited in 1974, three years after the jump!”

Arby’s brain fizzled. He shut down. Damn. And she wasn’t even done with her story.

To fix him now or fix him later?

She glanced at the folder on the table.

She decided to fix coffee first.