St. Lewis: Canada does not want to be 51st state 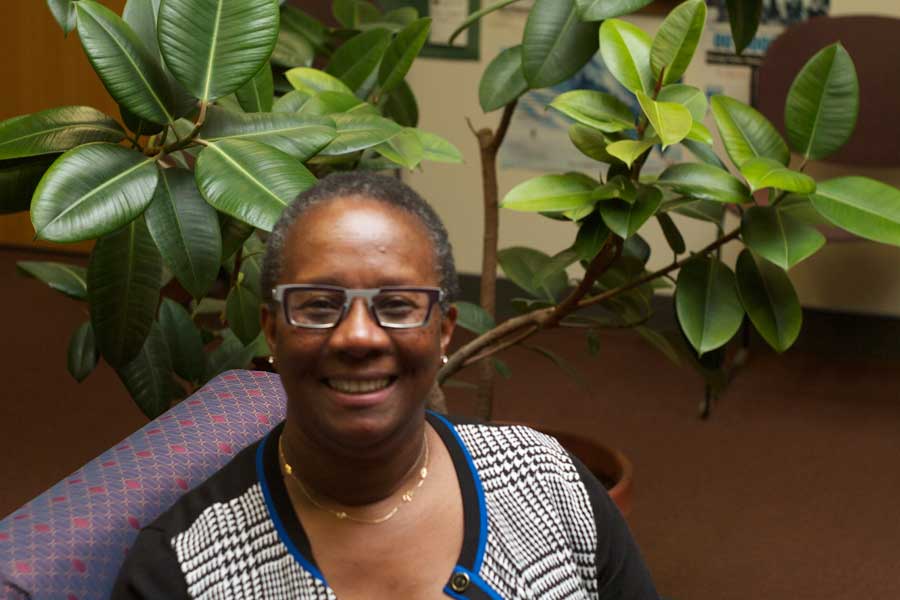 Joanne St. Lewis, a renowned Canadian law professor at the University of Ottawa, visited Johnson the week of Oct. 20 to present a series of talks.

St. Lewis is also a distinguished human rights activist and feminist who uses her knowledge to help confront racial inequality and poverty around the world.

St. Lewis spoke in Associate Professor of Humanities David Plazek’s political science class Wednesday, Oct. 23, on issues regarding the difference between Canadian and American politics and the American influence on Canada.

“If I thought about it in reverse, I think the average American would find it shocking if there were a set of Canadian values that we were busily spending pots of money to try to persuade the average American citizen to do something that conformed to Canadian culture,” said St. Lewis. “You would say we were out of place. You would find that outrageous. We would be all over the papers saying we were arrogant and stupid as hell yet, your NRA is all over our country spending pots of money… and no one seems to think that maybe they have overstepped cultural boundaries a little.”

St. Lewis explained Canada’s reluctance to accept American gun culture and her view on why that reluctance exists.

“We already have our own police shootings and things that happen. They are shocking when they happen and we handle them differently,” said St. Lewis. “We’re not interested in creating more possibilities for that especially when you (the USA) haven’t even eliminated violent action based on racist action, racist thought, sexism, and class-based problems. You don’t want to arm people who aren’t critical thinkers.

“I’m not saying Americans aren’t critical thinkers. I’m just speaking for my fellow Canadians who I do not think are critical thinkers and I don’t want them to have a weapon to make a judgment about me, especially if it is slightly dark.”

Plazek, who is creator of the Institute of Canadian Studies at JSC, added to the conversation.

“And also if you talk about culture, Canadians do not want to become the fifty first state,” said Plazek. “The government has taken action to protect Canadian culture and there is a lot of pride that comes with being Canadian.”

With the understanding that St. Lewis has chosen to confront many cultural problems around the world, she was asked at one point during the class visit if she is optimistic about human nature.

“You only have two choices: are you going to decide to be nihilistic or life-affirming? What do you gain? Hope cost nothing and the possibility of finding good is always there, but if you choose to be nihilistic then there is no opportunity for change because you can’t even see it as it begins to happen,” said St. Lewis.

“The second option is death. It’s not passivity but death. You have to decide, are you life-affirming or not? I choose to be.
“You know, it is often thought that optimism is naivety but I don’t think it is. I believe it’s a choice about the human capacity to evolve. I don’t have to be certain, but I just have to make a choice to contribute to the possibility of that choice happening. Not necessarily in my hands, but that that choice will happen.

“The other option is death, and I think that requires much more intestinal fortitude.”