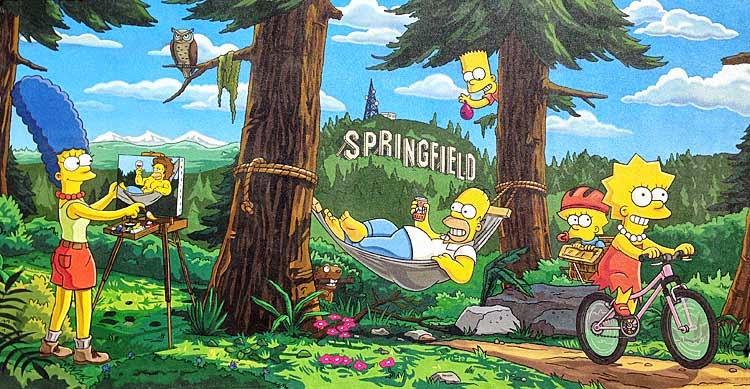 Ed note: This is the last in a series on one aspect of the drug subculture in Springfield, Vt.
The interviews in this series and, subsequently, portions of this piece, were collected, compiled, and composed between March and November 2014.

One interview/portion of “The Suppository Possibility” was lost entirely except to the reporter’s memory, when his  notes were seized by the interviewee, a mother-to-be, in what appeared to be a paranoid fit.  He reconstructed that interview immediately thereafter from memory.

Mr. Benton has attempted to  provide access to voices not normally represented – those of the would-be offenders.

All names have been changed to protect those therein.

Grant is 27.  He has three kids.  He wanted to be a comic artist.  His sketches are unfaltering cartoons almost 3D in their realization, richly shadowed, impeccably detailed, scenes of love in the darkness and caricatures of those around him.

He has had a colorful family life.  He was kicked out at seventeen when he sired his first child, who was, at the time, planning on studying art history in New York.  With the kid, she couldn’t make the move.  They’ve since produced two more children.

Grant lost his job a few years back when he was caught stealing pills from the medicine cabinet.
“You always hear addicts say like, ‘Nah, it’s no big deal,’” Grant tells me.  “But with this, I mean, how much of a deal can it be?  People pop pills everyday.  Check any girl’s purse, she’s got four or five prescriptions or headache medicine or whatever else just waiting to be popped.  I never really took pills, until I did.  I saw it as Tylenol.  I mean I had a headache, it’s just that it was life.”

Grant was twenty-one when he was started popping pills.  It was that simple, he says: popping pills, like the candy one finds outside a supermarket, 25 cents.  When he started, he only took pills as regularly as one might have supermarket candy, a few times a year.  “Mostly at parties,” he says.  He smoked pot too, and snorted cocaine a couple of times, but never tried heroin (“That stuff’ll hook you deep”) or any form of meth (“I almost did, man, and I came to my senses just in time.  That stuff’ll fuck you up.  I don’t have enough cash to blow on all the friggin’ Crest 3D White Strips you’d need,” he’s laughing now).  Pills seemed harmless, especially because he wasn’t taking anything so explosive as ecstasy tabs.  He summarizes his philosophy: “A couple times a year, eh,” with a shrug.

Then his now-wife and then-girlfriend became pregnant again and lost her job.  “It was just a lot of stress,” Grant says, “a lot of stress.”  Same old story: he’s telling his troubles to a friend when said friend, and fellow partyer, suggests the pills.  Grant takes the pills, feels better.  Whenever stress flares, he pops pills.  It’s quickly routine.  Girlfriend can’t take it, they fight, she walks out, he pops more.  It reaches the point where he can’t go without them at work.  He’s caught, he’s fired, and it went downhill from there.

“I lost just about everything,” Grant says.  “I wouldn’t even call it scraping by – I didn’t eat, didn’t shower much, I stank – kept the heat off, I was sick all the time… I was on welfare for a while.”
A year later, having worked a string of “humiliating, like the kind of stuff I worked in high school” jobs – convenience store clerk, waiter, even janitor at his former workplace’s chief competitor – Grant finally hit rock bottom.

“I saw my little girls on Christmas, and Moriah had just been born, so she was, you know, really little, and I wasn’t even there, you know?  I went back to my father’s place, I was living with my father, man, this was Christmastime.  And it was just him and me, and it was… I mean, I didn’t want to end up like that.  Sitting alone, miserable.  Drinking on Christmas Eve.  It was like just a flash in my mind.  I just snapped out of it, like that.  I poured every pill I had down the drain.  That was it.

“And it fuckin’ sucked the next day.  And it really sucked the day after.”

But Grant sucked up the suckage, got into rehab, with his father’s support, won back his baby mama six months later, and even, eventually, got back his old job.  Now he’s married that girl-turned-woman.  They have three babies-turned-girls.  Most importantly, Grant is 100% pill-free.

He’s not the only one.  Remember the friend who supplied Grant with those addictive pills?  He, too, was addicted; he, too, has gone through rehab, successfully.  He works at a produce plant on the other side of town.  His name is Mike.

Tonight, I’m hanging out with Grant and Mike at a mutual friend’s apartment.  Their mutual friend claims to have quit pills on his own; Grant suspects he’s just cut down and replaced it with coke.  His name is Bob.  Also joining us will be Dan, who does everything in moderation but moonshine.

I expect the apartment to look like Dorothy Vallens’ apartment from Blue Velvet, but it’s ridiculously clean.  Not a crumb, not a spec of dust, nothing.  You could eat off the floor.  Bob even has a bookcase organized with hunting books, the complete Foxfire series… where’s he stashing the coke?  This place is so clean you could spot it across the room.  Grant made the mistake of introducing me to Mike over beers at the Hole in the Wall.

I ask Bob, “Where you stashing the coke?”

Everyone freezes.  Grant shoots me a look.  Bob looks between everyone.  His face could be registering confusion, fear, or even panic.  He shrugs.  Apparently it was none of the above.  Now he goes to the fridge, reaches in –

— and grabs a crisp can of Coca-Cola, the winter variation, with the polar bear on it.  It’s Black Friday –

“They musta just put it out,” he said.  “I like the ones with the bears.  I dunno.  They taste better.”
Bob hits the bathroom and we sit in the living space.  I apologize to Grant.  Everyone’s laughing about it now.

While we wait for Bob to get out of the bathroom, here’s Mike’s story: got into pills in college, dropped out of college, didn’t know he had an addiction until someone at work asked him if he had migraines because he was always popping pills.  Counted his weekly pill consumption, got freaked, Googled it, relaxed, continued.  He then got himself a girlfriend, Michelle, who’s “straight-edge,” says Grant: she moderately drinks, she doesn’t use any drugs, and she doesn’t smoke.  Mike hid his habit from Michelle for eight months.  Imagine her fury upon finding out.

Mike went to rehab after trying to get her back for three months.  A year after that, he won’t touch a pill.  They had a phone call last night that lasted four hours, their first contact in a year, so Mike’s flying on a natural high.

Dan asks me about this writing.  “What’s your point?”

Bob comes out of the bathroom.

“What are you trying to find out?”

“Nothing, really.  I just want to look at how the Other Half lives.  Many if not most people villify drug users.  Like they’re vampires.  I just figured I’d give them a free look at them as they actually are.”

“Who have you interviewed?”

The first three portions of this writing were compiled months before this.  I tell them the whole thing.

“Dude, you want people to look at drugs like what they are, not like – god, you don’t talk to meth-heads!”

“What’s the difference between them and someone addicted to pills?”

That question stops them.

Dan says, “You know people who are alcoholic?  How about chain-smokers?  They the same?”

“People aren’t so hot on addiction in general,” I say.

“What about them fuckin’ phones?” Mike says.  He imitates someone whipping out their phones every few seconds, tapping buttons – you know, everyone.  “That’s an addiction.”

“But it doesn’t have an immediate or awful effect on the body.”

Bob says, “I heard they cause brain cancer.”  He starts talking about the government.

“I think it’s the fact that drug addictions involve putting something into the body,” I tell them.  It invokes classical mythological archetypes: the Dark Wizard drinking a potion to fly through the night or the Shaman possessed by the Devil.  They agree.

“Listen, here’s your story,” Mike says.  “Why aren’t there treatment programs?  You know?  I had to go to Brattleboro for rehab.  They got nothing around here where some embarrassed mom can check in and start getting help, you know, without everybody knowing about it.”

Grant says, “We actually give them any kind of help, it’s like giving the drugs… I don’t know.  More power?  You know?  My dad always used to say if I got bullied, just ignore ‘em.  Don’t fight back, don’t snitch…  I don’t know if that’s true, I mean I fought back, but he said it was about power.”
Dan agrees, “Same thing with people ‘n’ drugs.”

I tell them, “Now somebody might look at you and say, ‘Sure,’ and get where you’re coming from, but your behavior’s closer to what they could recognize.  The meth mom or the heroin users, I mean she’s nuts and they’re just living in their own world.”

“We all are,” Bob says.  A siren honks outside and everyone jumps.

“So you don’t think they’re really working for the people,” I say, thumbing toward the window/cop outside.

Yep.  So who are those people?

Grant says, after a moment: “I think it’s still about power.”

“And most people are too low to find the energy to do anything about it.  They’re just trying to survive.”

For an hour, we have more ordinary conversation, as well as a number of Bear Coke’s.  No more police sirens.  The streets are quiet.  When the conversation turns to me, I take the opportunity to show them the Springfield, Vt. blog.  Top stories: “Man on probation charged with trafficking;” “New charges pressed for Springfield couple.”

“They’re the ones that put the prison here,” Dan says.  “Everyone knew it was a bad idea.”
The Southern State Correctional Facility was erected in Springfield in 2003 amid heated debate in the town.  It stands at the top of a rocky hill; one must take a winding road to reach it – if it’s a stormy night, the general impression is that Bride of Frankenstein must be beginning.  The generally accepted theory is that the Springfield drug scene spiked due to the proximity of the prison and certain inmates inside, the so-called Jersey Boys, who maintained their drug operation while behind bars.

“Look, I mean, basically it’s cool you’re hanging out with us,” Dan says, “and it’s good Grant gets some attention for rehab and all that” – Mike looks sour he hasn’t been mentioned – “but you’re wasting your time.”

“Yeah, but it’s a police sketch,” Grant says, “and I think what Dan’s saying is you gotta sketch them instead.”

“Not just the police, though,” Dan says.  “They’re just trying to do their jobs, a lot of them… you gotta talk to everyone with some power.  That’s the problem.  They’re addicted, too.  They’re addicted to that power.  No one ever changes positions, you know?  At the hospital, or in the town, or police, or state or whatever.