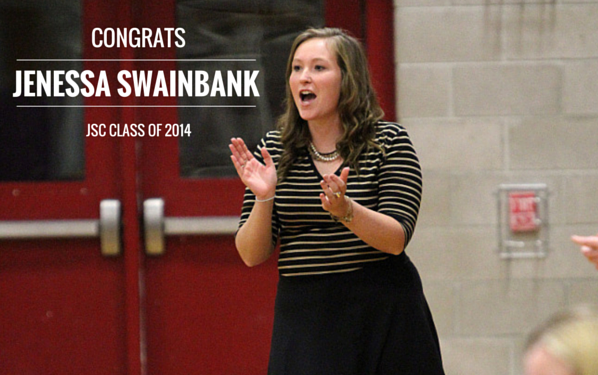 Richford beat Williamstown, 78-50 in the semifinal game.  The loss was the first of the season for Williamstown.  Richford, led by head coach Jenessa Swainbank, will be making its first state finals appearance since 1993.

Swainbank, a first year coach, played for coach Greg Eckman and served as a true team player and strong leader. She logged time in 77 games and recorded an impressive 25 career steals. Swainbank graduated from Johnson in May of 2014 with a degree in Elementary Education.
The athletics department and women’s basketball team wish Swainbank luck and send congratulations to her and the team on a strong season so far.