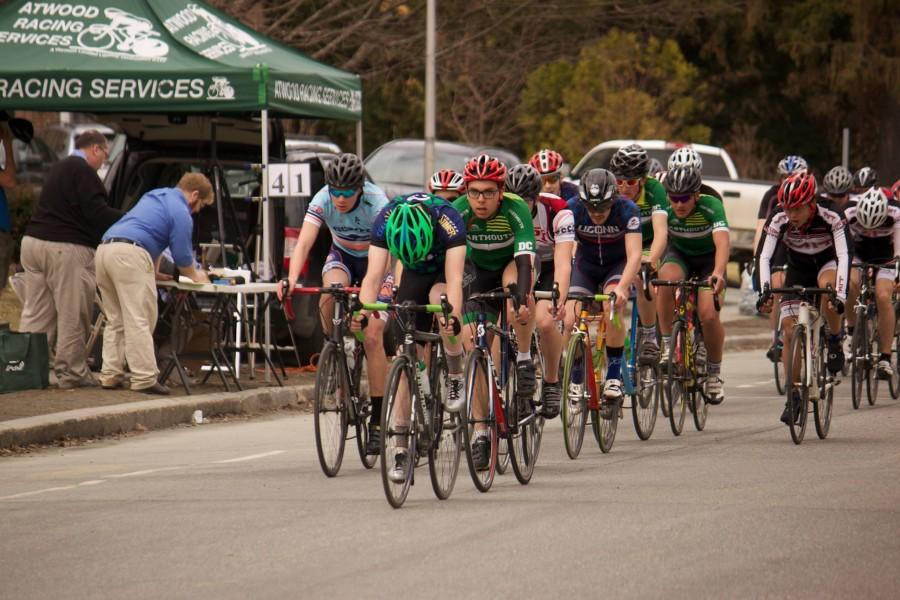 Levy pulls ahead in Dartmouth race

Levy co-founded the club at the beginning of this academic year with the intention of getting JSC excited about cycling.

Levy says that the club is something he believes betters the JSC community by providing another activity for people to participate in, and encourages members to get outside, get active and enjoy northern Vermont.

“It’s open to everyone,” said Levy. “That’s the best part. I feel like it comes off as crazy competitive and way too intense, but that’s the last thing I want it to be. I don’t want people to feel pressured to make it anything they don’t want it to be. It’s open to absolutely anyone who likes riding bikes. People who want to make it a group activity can do that and spend time with each other. It’s a safe zone like any other team on campus.”

Levy also wants the group to grow and explore issues related to cycling. “I want to see people get excited about bike advocacy,” he said.

“It’s the right of cyclists in today’s society,” he said, and wishes that people had a better understanding of it. “It’s making sure when it comes to using roadways that people respect cyclists near there. A lot of people have the view that cars own the roads.” This assumption is something that Levy would like for the public to change its thinking about. “I’m not convinced the roads are safe for everyone,” he said.

At club meetings, Levy says that the small group of members talk about planning and the future of the club. Over the course of this year, they have been working on getting recognized by other teams, making connections and getting tips from other cyclists.

The club has succeeded in getting jerseys, and is working toward getting a work stand and storage spaces.

Races span all over New England, and a little outside in the surrounding areas. For training, Levy says that he starts at JSC and will just go anywhere from there. The club also cycles locally in Morrisville and Stowe, and at the Kingdom Trails in St. Johnsbury.

The biggest issue for a lot of college students, says Levy, is actually acquiring a bike. This is especially because there are three different cycling seasons, and each uses a different kind of bike. The fall season is for mountain biking, the winter for cyclo-cross and the spring for road racing. Levy encourages people to try everything, and decide from there what they like and what type of bike to purchase. To help with this process, Levy says that he has some bikes that members can borrow.

“People should come to a meeting if they have any interest whatsoever,” said Levy. For now, meetings are at 5 P.M. on thursdays in the SGA office, but those interested for next semester should be sure to attend the fall club fair for more information.