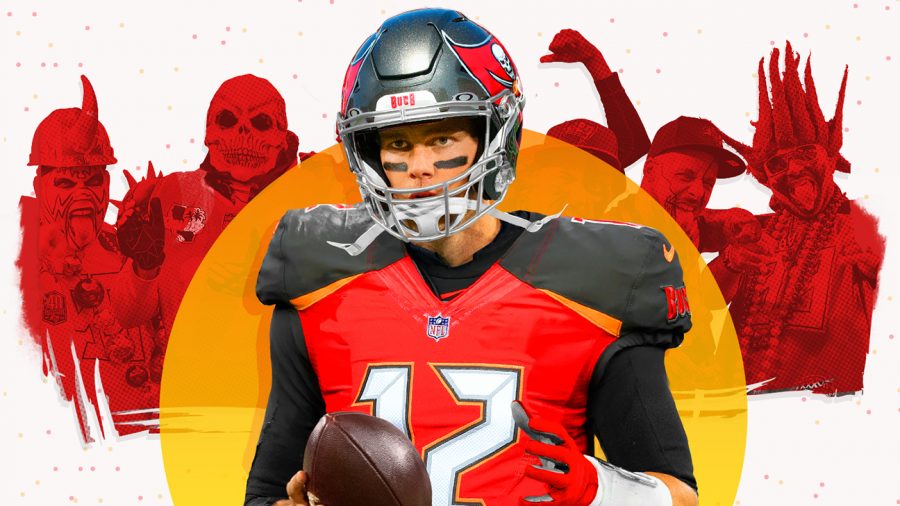 Well folks, he actually did it.

Tom Brady is a Tampa Bay Buccaneer, announcing to his fans and teammates that he would leave the New England Patriots after 20 seasons with the team.

A couple weeks of weeks ago I talked about the possibility of this happening, as the feeling was that there was a chance that he could leave this offseason. He had grown visibly frustrated over the course of the 2020 season and rumors started to surface of a potential departure when he put his Brookline, Massachusetts, mansion up for sale during the 2019 offseason.

Still, there was a strong belief, especially from fans, that he would stay for a majority of the season. It was hard to believe that the franchise quarterback would be on his way out of Foxborough after two decades of pure dominance from the quarterback position. His coach, Bill Belichick, had been with him since the beginning, winning six Super Bowls together and creating one of the greatest head coach/quarterback relationships ever in the NFL. Brady leaving that relationship sounded crazy by many fans.

As my friend put it, it would be like your grandparents getting a divorce in their final stages of their lives. I mean, you made it this far, right? Why now?

If we ignore the lingering nostalgia and just look at the hard facts of the departure for Brady, it’s easy to see why he would want to move down to west Florida. The Bucs have tremendous weapons on the offensive side of the ball. Mike Evans is an elite wide receiver, probably in the top five in the NFL. Chris Godwin had a great season last year, and the young wide receiver has a bright future in this league.

The two underrated talents on the offensive side of the ball is the tight end tandem of Cameron Brate and OJ Howard. Both had underwhelming seasons last year but have an immense amount of talent. Brady loves throwing to tight ends, and throughout the 2010 decade, Belichick tried many times to put together tight end pairings to make it difficult for opposing defenses with some success, most notably Rob Gronkowski and Aaron Hernandez. This is a very similar situation now in Tampa Bay with Brate and Howard, and Brady must be salivating at the opportunity to work with this piece of the offense.

Another piece of this is Brady now has the chance to separate himself from the Patriots success and create something away from the Patriots brand and more towards the “TB12” brand. Being able to win another Super Bowl for a different team would give him another level of recognition that he could only do if he went to another team, especially with Tampa Bay.

Aside from one Super Bowl run in the early half of the 2000s, the team has been irrelevant throughout their history in the NFL. With Brady joining the team, the national spotlight has been on the team unlike any other time in history of the franchise, and if he can win a Super Bowl in his early 40s with this franchise, he will be able to cement his legacy as one of the best, if not the greatest, athletes ever in any sport.

What it really came down to was some small instances that Brady had an issue with that added up to his eventual departure. You first have to go back to 2016, when Brady was the face of the “deflategate” scandal. While Brady and owner Robert Kraft were trying to avoid the scandal, it led Brady to be thrown unintentionally under the bus for the whole thing. It is my hunch that Brady thought that Kraft and Belichick could have supported their quarterback better and fought the NFL harder on their investigation, but it ended with Brady serving a four-game suspension at the beginning of the 2017 season.

Another instance, or instances I should say, were times when Belichick traded away or let go of top talent such as Deion Branch, Antonio Brown and Brandon Cooks. At times, Brady has played on a roster with depleted offensive weapons, such as this year when his best player was Julian Edelman, who at this point in his career is trending down as he gets older.

Belichick has also passed on talent due to high demands of salary or trade compensation, which has resulted in poor decisions that have left him scrambling to find pieces to keep it together.

Lastly, it’s my feeling that Brady hasn’t felt the level of appreciation by Belichick that he would want for someone with his reputation. Brady has repeatedly taken salary cuts to facilitate attracting new talent to the team to keep winning Super Bowls, but it seems that he has felt underappreciated for this and taken for granted.

Despite understanding his reasoning, I am still very sad to see him go to Tampa Bay. It’s tough to understand that someone who has been in my life since basically birth is now going to go play somewhere else. I admire Brady and hope he will find success with his new team, but I might have to avoid watching Bucs games from here on out because I don’t know if I can take the pain.