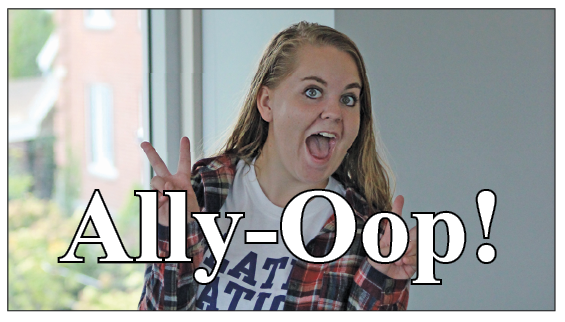 The NCAA has faced some backlash over the past two weeks for the handling of the Division I women’s tournament. The lack of proper workout facilities, branding and intense tournament game scheduling have proved this year’s tournament to unfair to be female athletes.
The women’s tournament is in San Antonio, Texas, while the men’s is played in Indianapolis. All 64 teams have gone through multiple COVID-19 tests and daily screenings to participate in this year’s tourney. So far, there have not been any positive cases. Some coaches had tested positive before teams left their home campuses.
The first rounds of the tournament were played at three different courts. Each round consisted of up to six games per day over two days. All the teams are staying at the same hotel complex and cannot travel outside of their teams’ set location in the hotel. All COVID-19 protocols are in effect.
After arriving at the hotel, many of the coaches and players were extremely disappointed with the NCAA. The women’s team did not receive a proper workout facility and was given one practice gym. All they had were yoga mats and hand weights. On the men’s side, there was an abundance of workout equipment and a large welcome package.
Pictures and TikToks of comparisons showed the inequality the women’s players received. Athletes from all of the NCAA and professional sports commented on the discrepancies between the two tournaments.
The organization should have the finical means to provide the proper and adequate training facilities as the basketball programs bring in the most money. Videos posted on social media from different teams showed their players working out in the hotel’s hallways.
South Carolina’s head coach, Dawn Staley, called out the organization for the lack of support for the women’s tournament through the Covid season.
“All teams here dealt with the same issues as the men’s teams this season, yet their reward is different,” said Staley. “Sadly, the headlines for the women’s tournaments have turned to disparities and nightly meetings about how to try to fix what should not need to be fixed.”
The courts that the women’s teams played on also lacked the branding for their tournament. At the tournament courts, there was no signage that showed this was an NCAA tournament. Typically, the NCAA puts the tournament logo on the flooring.
The main venue at the Alamodome has also lacked the branding of the women’s tournament unlike the men’s at the Lucas Oil Stadium. The tournament’s social media pages show the discrepancies for the women.
The term “March Madness” is only associated with the men’s tournament. Chris Daily, associate head coach for UConn was shocked they do not use this phrase to brand the women’s championship too.
Many commentators for the women’s games have used that term to reflect on the inequality in the tournament. Players, coaches, sports journalists, and fans are all mad about the continued inequality in this tournament.
It is disappointing to see that the women’s tournament is shown second-thought treatment for their hard work. Nevertheless, the NCAA brought in new workout equipment for the training facility for the women after the initial backlash.
The tournament has proved to be an interesting showdown between the top-ranked teams. The 2020 tournament was canceled, and the Oregon Ducks were the hopeful favorites to win.
Many top players went on to join the WNBA draft to have a chance at an early professional career. Some teams in this tournament have fifth-year players or graduate students that wanted the chance to play in this year’s madness.
UConn, Stanford, NC State, and South Carolina are the first-ranked seeds. They have each won their first and second-round games. UConn beat High Point University and Syracuse to move into their 27th consecutive Sweet Sixteen.
Stanford, the tournament favorite, won against Utah Valley and Oklahoma State. The Cardinals last won in 1992. NC State has never won a women’s basketball championship. They won against South Florida and NC A&T. South Carolina last won the championship in 2017. Staley’s team beat Mercer and Oregon State.
There were a few first-round upsets. In the “Almo Region,” seed 13 Wright State beat Arkansas and eventually lost to Missouri State. In the “Mercado Region,” seed 11 Brigham State University won over Rutgers and lost to Arizona in the second round. In the same region, seed 12 Belmont beat tournament favorite Gonzaga. Belmont lost to Indiana in the second round.
My bracket was completely off after the first round. The upsets were unexpected for the first round, but I had selected BYU to win their first game. Most games that involved higher seeds were correct, and my bracket remains to hold the rest of the games to be true.
As each tournament comes around, I always chose UConn to advance to at least the Final Four. They have not won the championship since 2016 and have a tough third-round game against Iowa.