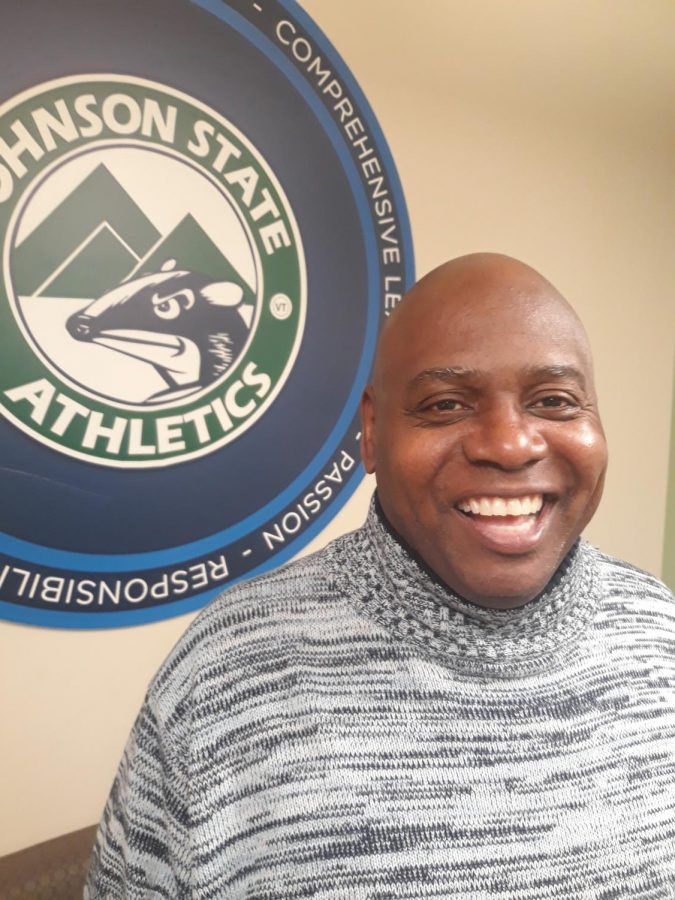 The new academic year at NVU-Johnson brings with it a new head men’s basketball coach and assistant athletics director, Alfred Johnson.
Johnson comes to NVU with over 20 years of coaching experience and most recently served as the head coach at Elizabeth City State University in North Carolina.
“I’m fortunate. I’m doing something that I always knew I wanted to do,” Johnson said. “When I was in high school, it was both mine and my coach’s vision that I would one day replace him, and that is just what happened.
“I served as my high school coach’s assistant for one year, and then I took over the varsity team at Germantown Friends School in Philadelphia. It was a treasure coaching at the school I played at. I am the only person to have won a championship both as a player and a coach there.”
Johnson is able to boast that he even had the opportunity to coach with the legendary Ben Jobe. His first collegiate head coaching post was at St. Mary’s College of Maryland in 1999. After years of amassing experience and knowledge, he landed at NVU-Johnson for the upcoming season.
Coming to NVU is, in a way, the closing of a circle for Johnson. “When I was head coach at Manor Junior College, I sent a young man here to play, Miles Smith, and I just loved the way that he was embraced here.
“I loved the fact that he got his degree here and was able to play basketball. I was grateful to Miles and to NVU, then Johnson State, for how they treated him. I thought the world of Miles, and when this position opened, I inquired.”
Smith went on to become head men’s basketball coach in 2015.
Johnson’s professional aspirations off the court seemed to align with what NVU had to offer as well. “Another thing that made NVU attractive was that in some states, North Carolina being one, you cannot serve in any coaching capacity and in athletic administration.
“Here the dual position of head men’s basketball coach and assistant athletic director really got me interested. I’m currently working on my doctoral in sports and athletic administration, so this was really an ideal fit.”
As for the basketball program, his goals for the new season are quite simple: “The goal is to win,” Johnson said. “To win more games than we lose.”
“I’m looking forward to the chance to coach the current group of young men returning from last year’s team,” Johnson continued. “We’ve named Malik Moore and Lawson Ouellette as our captains. I’ve been extremely impressed with these two young men, among others, because of their leadership on and off campus.”
NVU’s new coach did make it clear what really matters to him in his role as head coach and assistant athletic director. “When I finished my masters’ in education leadership, I re-fell in love with the whole learning process, and I wanted to show our young men what educational empowerment looks like. I want them to understand that education opens doors and can take you places that nothing else can. I want to be an example to our players.”
There was one other thing that may have helped nudge Alfred Johnson in NVU’s direction. “This is just a beautiful state,” he said. “I’m on our employment page daily, telling people I know to apply for jobs here because the campus is just so beautiful.”