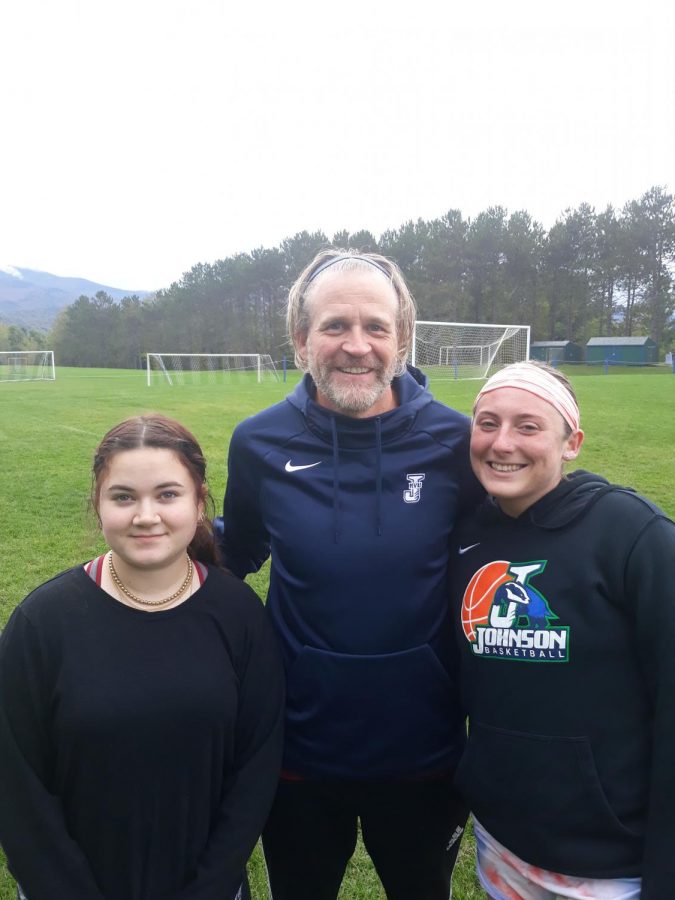 “Successful.” That is the word sophomore team captain Jimmi Williams chose to describe the Women’s Volleyball season. At the time of writing, the Badgers are sitting in second place in NAC conference rankings.
“The team’s expectation this year was to remain highly ranked in our conference,” Williams said. “Right now we’re second seed so I think we’re doing pretty well with that.”
While the women’s soccer team has had a statistically poor season, senior Jordan Pelland is appreciative of the team’s persistence. “Even though we haven’t won a ton, we have never given up. One thing that I was hoping for was that we were all good friends, on and off the field,” she said. “We managed to do that.”
Madelyn House, a third-year student, referred to the growing cohesion among the players, something she feels bodes well for better seasons to come. “I’m just really grateful to be a part of a team whose energy level is like this,” said House. “Everyone’s heart is in it. … We’re growing and getting better every day so I’m excited to see the potential for next year, especially with new people coming in.”
Coach John Peterson, who took over as head women’s soccer coach this fall, acknowledged this season has been a difficult one for the team, which has a 1 in 12 record for the season. However, he admires the team’s grit and growing cohesion. “I kind of came in late, and it’s all been new to me,” he said. “So, I have been incredibly pleased with the work of the team, and we have improved a lot. We’ve had some untimely injuries this year and we were kind of thin to begin with, so I’ve been incredibly proud of how they played, and I felt we hadn’t been able to have a lot of subs.”
Despite all the challenges, Peterson remains optimistic. “I’m incredibly excited about the prospects for the program, and we actually do have a chance to make the playoffs,” he said.
Formerly the head women’s soccer coach, Andrew Lafrenz also sees the season as a time for growth despite a similarly dismal record of 1 win and 12 losses.
“There’s a lot of things to be proud of,” said Lafrenz. “Coming off COVID with a coaching change and all the turmoil in the world we knew that we were going to have a bit of an interesting year. There’s a lot of things that this group has done that I’m really impressed with. I do believe we are laying the foundation for future seasons; we’re just not getting the results right now.”
Team captain Wyatt Moberg noted the team’s record does not reflect a number of positive factors, that there is more to a season than a win/loss record. For him, despite the outcome, focus was key to the team dynamic. “We were focused on coming out every single day on the field and leaving it out there,” he said. “That was kind of the focus of this year, and that’s something that I definitely tried to apply to every practice.”
Women’s tennis had a split season with three wins and six losses. For head coach Michele Whitmore, those stats tell only a small part of the story. “We developed a team camaraderie that goes way beyond tennis and our season,” she said. “The players connected in a way that will continue even when our season is over; each player experienced success on the court whether it was winning a match, a tie breaker, or competing in their first ever college tennis match.”
Whitmore also noted other accomplishments including conference recognition for senior scholar athlete, NAC player of the week, team sportsmanship, all conference singles team, all conference doubles team, and singles co-player of the year.